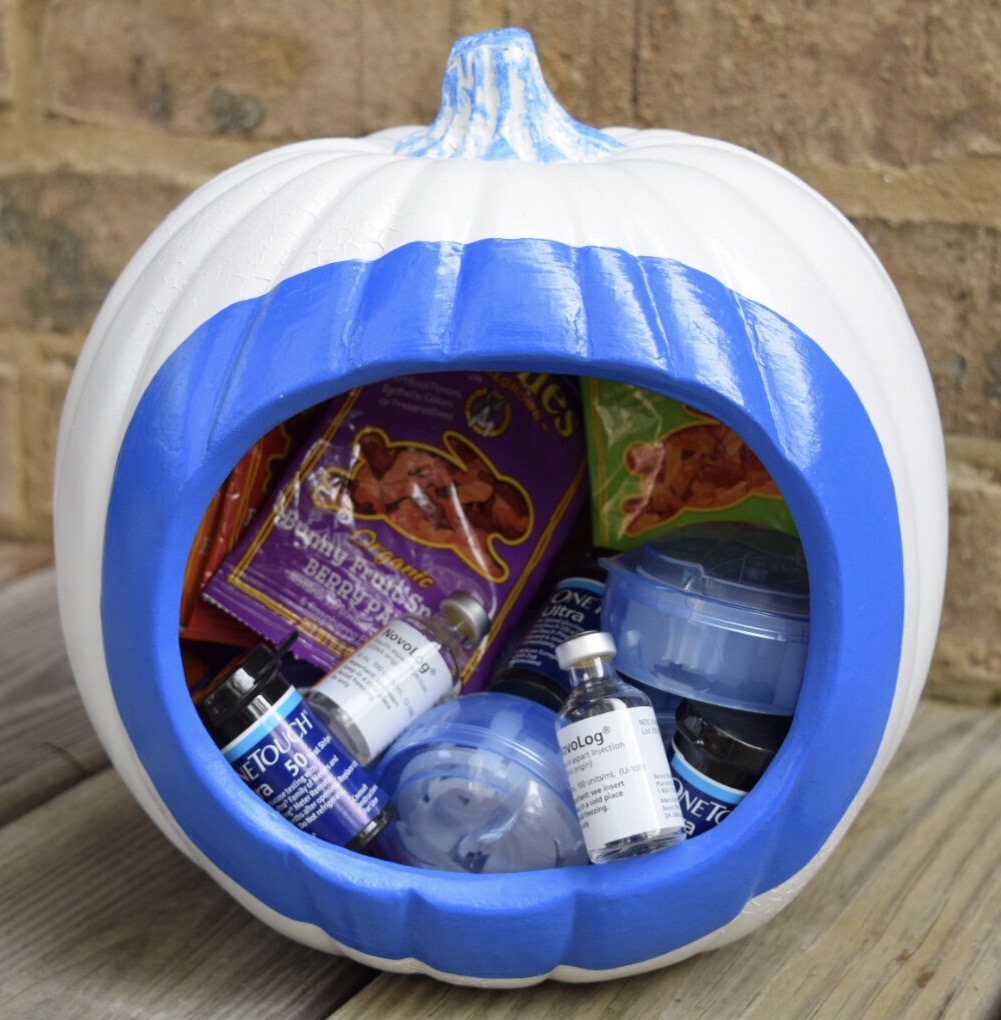 Grasshopper’s class went to the zoo the week before Thanksgiving. It was his first field trip as a kindergartner. He was thrilled to go to the zoo with his school friends but he was absolutely beside himself about going there on a big yellow school bus! I didn’t tell him he would be riding the bus until I dropped him off at school that morning. He has been fascinated by school buses from the time he could point to them from his car seat. He loves the show “The Magic School Bus.” Our toy school buses at home rack up miles around the living room. Grasshopper had never been on one, however. He was diagnosed three months before his second birthday. He wasn’t even in preschool.

While I would love for him to ride the bus to school I can’t let him yet. He is learning how to prick his his finger to check his blood sugar but he is no where near self sufficient in his care. I can’t presume a bus driver will be able to pull over and deal with a blood sugar issue. The bus driver already has a very important job to do. Until I know Grasshopper is able to manage his blood sugar on his own and communicate with me about it, he won’t be taking the bus to school. We try hard to not let T1D dictate what Grasshopper will or will not do, but a five year old with T1D spending 30-40 minutes on the bus just isn’t safe without a pair of adult eyes watching that Dexcom graph or having an adult available to prick his finger and make decisions regarding his care.

This field trip posed a special opportunity however. I collaborated with his teacher Mrs. E. and school Nurse A. Since I was going as a chaperone anyway, I served as Grasshopper’s nurse for the trip. Due to school rules I was not allowed to ride on the bus with him as Nurse A. would have. The ride from school to the zoo is only about 20 minutes long. It is such a short amount of time that even as I write this, four years into diagnosis, I have trouble wrapping my head around the fact that a plan was needed to ensure Grasshopper’s safety. For a simple bus ride to the zoo. Yet I know how quickly blood sugar issues can go from safe to dangerous. With type 1 diabetes it is best to prepare for the worst and hope for the best.

Grasshopper’s wonderful kindergarten teacher, Mrs. E., spoke to Nurse A. about the trip and asked to be trained in the use of the glucagon emergency glucose injection. In the event that Grasshopper’s blood sugar drops so low that he is unconscious and unable to take something with sugar by mouth, he needs this immediate injection to bring his blood sugar back up. 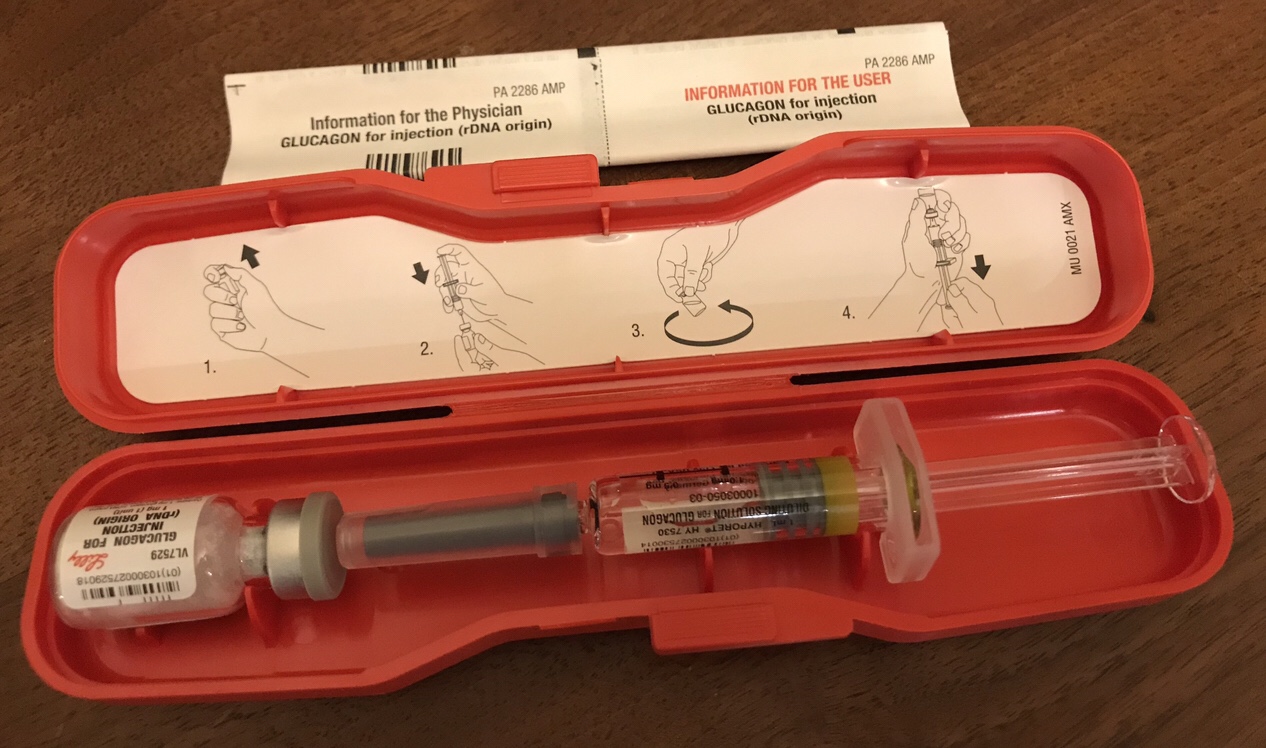 Glucagon goes everywhere with him and he needs to have an adult near him who knows when and how to give it. The fact that Mrs. E. asked for training in the use of glucagon is wonderful to me. Not everyone is willing to be trained to use it. Nurse A. and Mrs. E. worked out a plan to check Grasshopper’s blood sugar before they boarded the bus. Mrs. E. would sit close to Grasshopper with his Dexcom so it would alert her in case of a low or high blood sugar. We use an old iPhone as his Dexcom receiver. We have enabled it to connect to some WiFi systems like ours at home, and his school WiFi so that when he is in those buildings the Dexcom phone will share the graph with our phones. But Grasshopper’s Dexcom phone doesn’t have a data plan, it can’t make calls, can’t connect to the internet, play games or anything else. If it isn’t connected to a trusted WiFi, the graph can only be read on Grasshopper’s Dexcom phone which has to stay within 20 feet or so of him. It won’t but while on the road the Dexcom graph can only be seen and she would have Annie’s gummy Fruit Snacks on hand in case of a low. Mrs. E. would call me if she needed to. 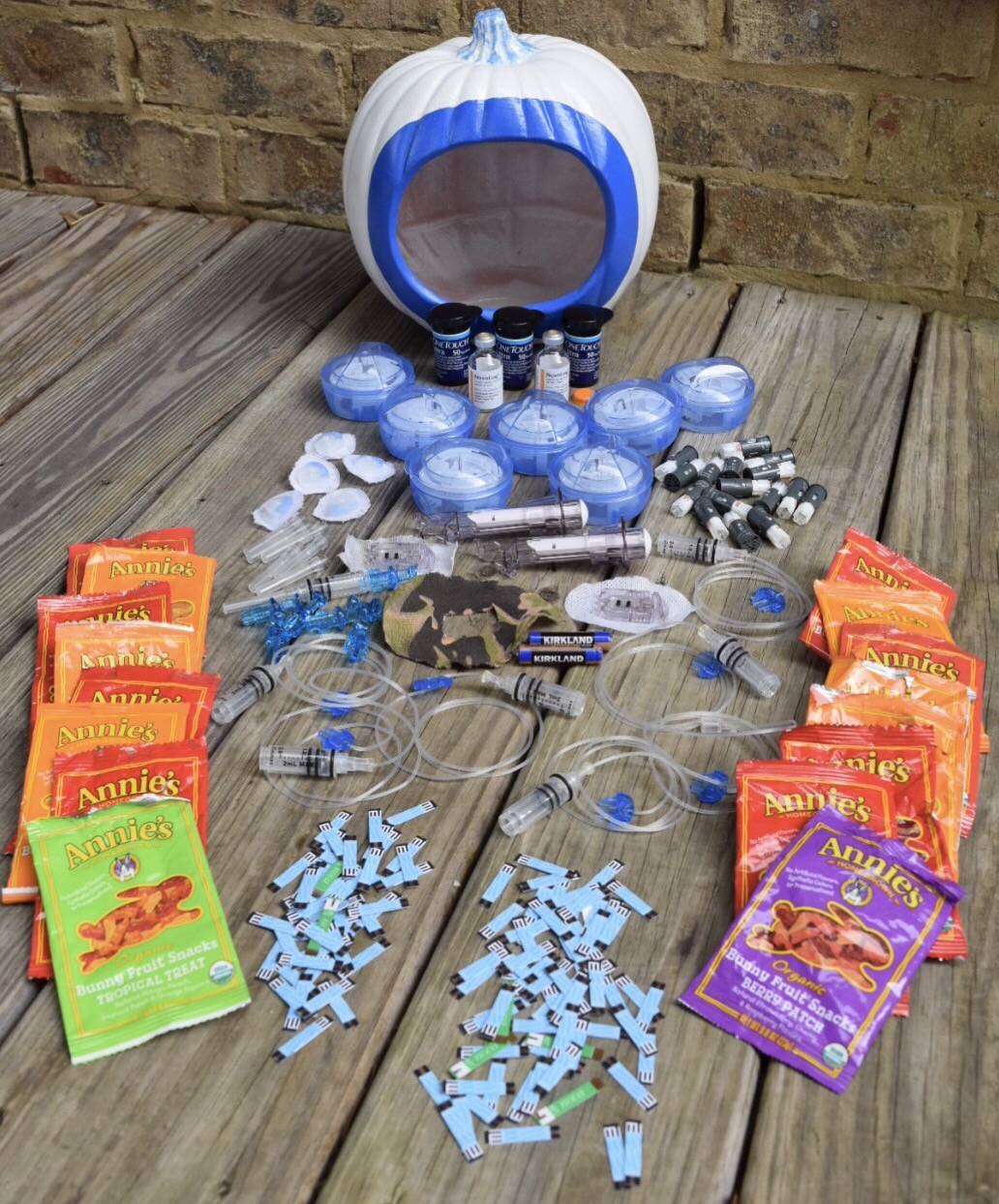 So we followed the plan and I followed the bus in my own car. We took a look at his Dexcom graph before Grasshopper got on the bus and decided that since his blood sugar was in range but trending up, we wouldn’t prick his finger. All of this sounds like me being an over-the-top helicopter mom, I know. It is just a 20 minute bus ride with his teacher. But without plans and good communication in place, T1D can go from bad to worse frighteningly fast. The trip was completely uneventful, thank goodness. When we arrived at the zoo Mrs. E said that he had a HUGE grin on his face the whole ride. I could have just driven him there myself but thanks to Mrs. E.’s willingness to be ready with the glucagon shot, I knew he would be safe. I was glad he got to enjoy the simple pleasure of riding on a big yellow school bus with his friends.

We had a great time at the zoo and I fielded a few impending lows with Annies Fruit Snack gummies here and there. There was a brief setback when I realized Grasshopper had left his lunch at the school, but I rounded up enough food from Sunshine’s lunch and my ever present snack bag. The return trip was uneventful as well. He was so happy to ride the bus. His joy was pure magic. I am very grateful for Mrs. E. and Nurse A. who take such care with him, are so patient, and include him in everything when the easiest thing in the world would be to say, “You can’t do that.” 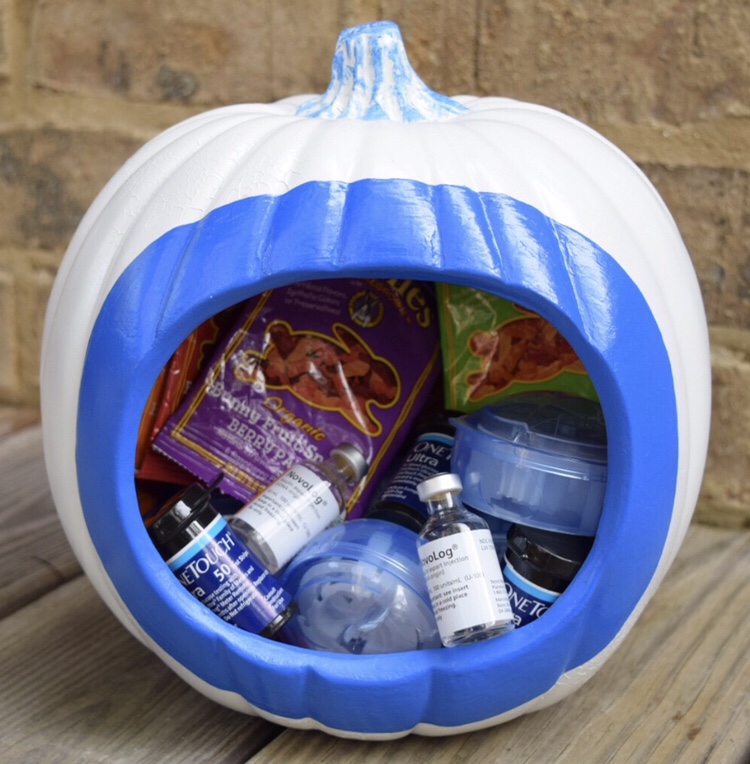