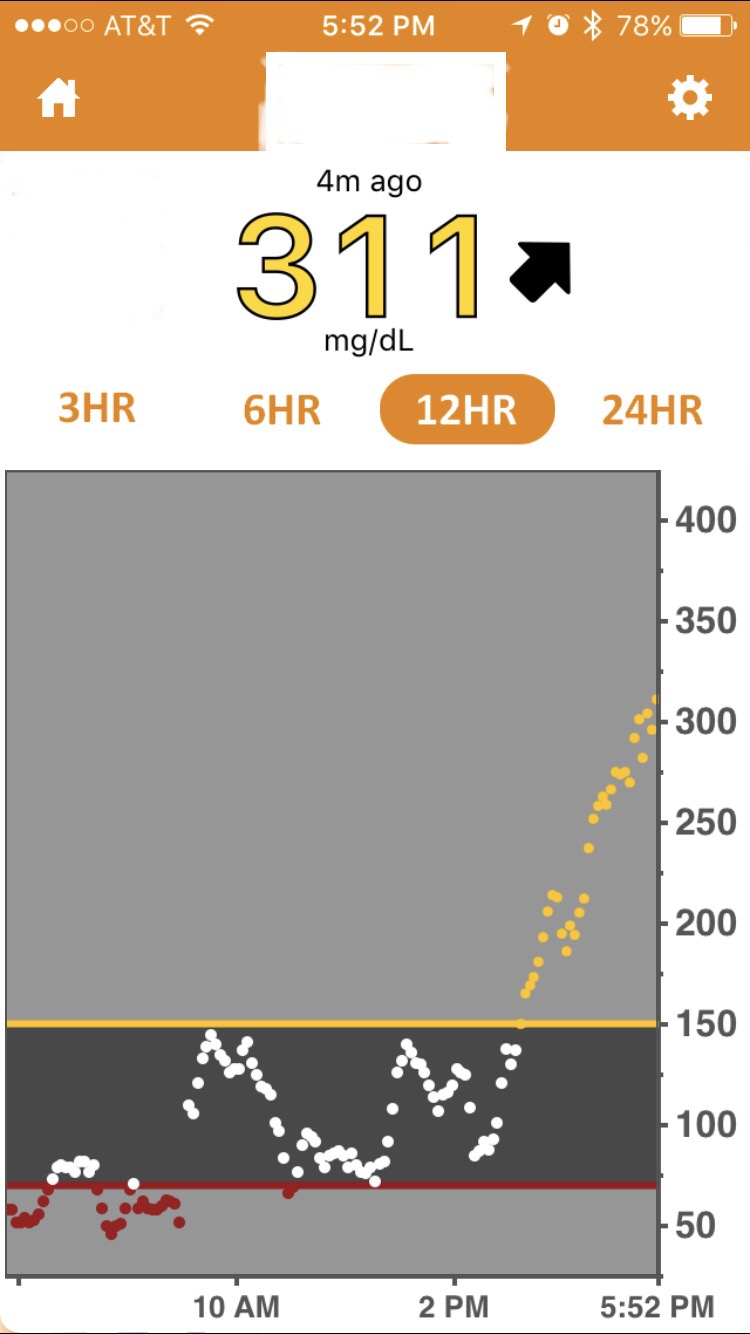 All Mommying and No Writing Makes Erin A Dull Woman

Dealing with T1D means I come face to face, several times a day, with the fact that I have much less control over the daily events of life than I ever want to admit. I want it to make sense. I want there to be a reason why my son’s blood sugar keeps going down today in spite of lots of snacks. AND I WANT IT TO STAY THE SAME REASON SO I CAN GET THIS STUFF RIGHT, MOVE ON WITH MY DAY, AND DO THE SAME THING WITH THE SAME RESULTS THE NEXT TIME. But T1D is teaching me (and by teaching I mean beating me over the head with a wooden backed chalkboard eraser like the nuns in my parents’ parochial schools) that while sometimes I can discover a reason, many times there are so many factors that there is no one single reason and I am going to drive myself crazy trying to tease out all the reasons. But it doesn’t really matter what the reason was for that thing that happened 5 minutes ago because there are 10 more things to address that all have to happen NOW.

Since I don’t have as much control over the daily events of life as I would like, I try to focus on what I can control which is my reaction to those daily events. That works and it works well… until the coping mechanisms I use fail and then even my reaction to life spirals out of control into depression. In part my reason for writing a blog is because I am trying to pick up the pieces and I am learning to cope in healthier ways, even including those ways I had been avoiding because they are painful to face. For so many years it has been easier to stuff my feelings down and go on about my day. That was my way of controlling my reaction to events that threatened my family. Grief is inconvenient and bothersome. Into the box it goes.

Ooooohhhhhkaaaayyy… after all those lows today at school, his blood sugar was going up at home. Today is site change day but with all the lows I figured we could change after his piano lesson. I checked before we left for piano and the meter read 160 with something like .14 on board and didn’t call for a correction bolus. Dexcom said 190➡️. In the car Dex alerted ⬆️⬆️. I thought about it a bit and asked Grasshopper if his site was still on. Nope. He said that as soon as we got home from school, he went to the bathroom and “most of it came off.” That was an hour ago. He didn’t tell me and if it hadn’t been for that Dexcom alert I wouldn’t have known until much later. Thanks for snitching, Dex. ONE HOUR without insulin from his pump is enough to elevate his blood sugar to a very dangerous range. I told him I wasn’t mad and I never will be about that kind of stuff but I just Have. To. Know. In the meantime, oh, by the way, I need to save my son from potentially going into diabetic ketoacidosis (DKA), a life threatening condition. If a person with diabetes isn’t able to lower their blood sugar and ketone levels at home by administering insulin, and drinking a lot of water to flush out the ketones, hospitalization is required.

With two kids plus T1D there is ZERO TIME FOR REFLECTION. I don’t do well with that. It literally drives me crazy. I have to step aside for a few minutes and process stuff that has gone on in my day, in my life, in order to be the best version of myself. Without it I get angry, snarky, and I begin to dip into depression. Just now I was trying to type out my thoughts while standing in the kitchen. I was typing it out as fast as my thumbs can go on my iPhone, because I have 15 minutes while the numbing cream works on Grasshopper in preparation for a new site. But nevermind, those precious 15 minutes of dumping out the chaos in my brain have been wiped away because I now need to clean up a mess. Grasshopper kicked Sunshine’s Zevia soda and spilled it on the living room rug. So instead of writing down the clamorous thoughts in my head in an attempt to GET THEM OUT so my brain can be more calm, (which I have resumed now that I’ve cleaned up the mess) I had to go handle that spill, sop up what I could and flip the rug back so it can dry and not leave the wood floor wet and damaged. I JUST  WANT 15 MINUTES so I can verbally vomit into a paragraph and I don’t even have that luxury. This new coping mechanism takes 15 minute chunks of time that I just don’t have. I want to stuff the feelings back in the box… Must resist. The box is full. Now the timer has gone off noting that it has been 15 minutes since I put the numbing cream on Grasshopper and I have to go handle that so I can get insulin in his body that has now been without it for at least an hour and a half. Racing against DKA, here we go.